Citizen First - Powered by the Institute for Citizen-Centred Service 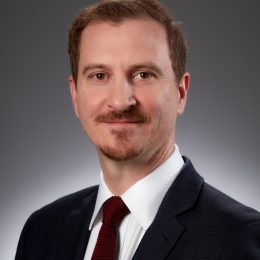 Commissioner of Digital and Information Services, Region of Peel

Sean Baird is the Commissioner of Digital and Information Services at the Region of Peel where he is dedicated to enhancing the experience of citizens and businesses which interact with the municipality across all areas of front-line service delivery. His oversight of technology functions ensures a relentless focus on delivering value to the customer and enabling better ways of doing business to keep up with public expectations.

Prior to the Region of Peel, Sean held a number of executive roles at the Workplace Safety and Insurance Board overseeing insurance operations and revenue for over 300,000 employers across Ontario. Sean was also an Associate Partner at RPO Management Consultants (now part of KPMG) and spent many years in private practice consulting on strategy development and organizational design for the government sector, including work with provincial governments, public agencies, municipalities and first nations in Ontario, Alberta and British Columbia. Sean has a Bachelor’s of Commerce and a Master’s of Science in Business Administration, both from the University of British Columbia, and has a keen interest in the efficient and effective delivery of government services. 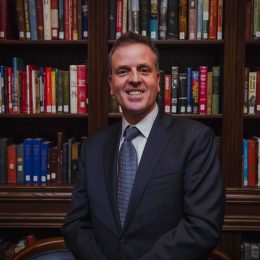 Dan joined the ICCS in April 2015. He leads a dynamic team that helps public sector organizations pursue service excellence through research, learning, collaboration and professional development. Previously, Dan worked for the Government of Canada as a Senior Director leading a number of innovative teams that provide services to small businesses and entrepreneurs including the Canada Business Network and BizPaL.

In 2012, Dan received a Queen Elizabeth II Diamond Jubilee Medal, and in 2013 he was the recipient of the Institute for Citizen-Centred Service's Ralph Heintzman Leadership Award, for his commitment and leadership to developing and delivering client-centric services across all levels of government. 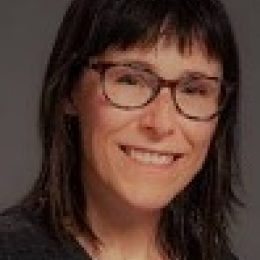 Catherine is currently the Acting Associate Assistant Deputy Minister, in the federal government Department of Employment and Social Development Canada, where she works closely with colleagues in Service Canada as well as the rest of the department to promote a coherent and strategic approach to service delivery. Catherine has extensive experience in government service delivery, starting her public service career in the New Zealand Government in agencies responsible for education and social services. Catherine spent many years at the Canada Revenue Agency, leading the Strategy and Integration Branch from 2010 to 2015, and then moved into consulting for two years before returning to the federal government in 2017. Catherine holds Bachelor of Science and Master of Public Management degrees. Catherine is most happy at work figuring out ‘what comes next’ in public sector service delivery and how the organization can chart a course to deliver the best possible outcomes and client and employee experience. 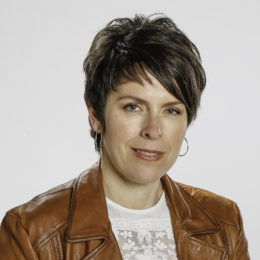 Natasha Clarke is the Associate Deputy Minister & Chief Digital Officer at Service Nova Scotia. She has over 19 years of experience leading transformational initiatives for the public and private sectors, and has been a Public Sector Service Delivery Council member since 2011. Since 2009, Natasha has championed multiple integrated service delivery initiatives for Service Nova Scotia and its partners. These have included such notable bundles as “Electronic Birth”, “Restaurant and Accommodations”, and “Convenience Store”. In her Digital Services role, Natasha is leading the creation of digital services that focus on human centered design and are just simple, clear and easy to use. Natasha has a Bachelor of Agricultural Economics from Dalhousie University, and a diploma in Applied Information Technology from ITI. Prior to her joining the Nova Scotia Government, Natasha worked as a management consultant in the private sector where she focused on partnering with public/private sector clients to enable their business transformation and process improvement projects. 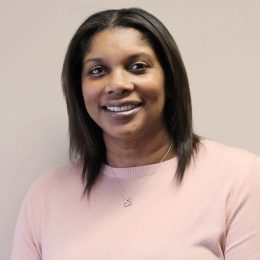 Carroll Francis has over 25 years municipal experience in various roles and is a graduate of McMaster University in Human Resources. Carroll has led the implementations of 2-1-1 and 3-1-1 services in the Region of Peel in her past role as Service Delivery Advisor. In her current role, Carroll utilizes her passion, skills and experience to help advance citizen-centred service delivery across the organization. With an emphasis on the City’s customer service strategy and a collaborative approach, Carroll works to ensure customer service excellence to all employees and citizens.

Past Board roles include Chair of the 2-1-1 Operators Group advancing 2-1-1 Service Delivery across Ontario and Human Resources Advisor to the Bridge Prison Ministry program, dedicated to successfully reintegrating offenders back into the community.

Carroll is currently the Treasurer of the Municipal Service Delivery Officials Board. 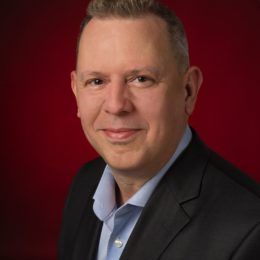 Christian (Chris) Laverdure is the Director General of Tribunal Services at the Immigration Refugee Board of Canada. This entails service delivery for the Immigration and Refugee Divisions as well as the appeals divisions. Services include: the Registry, CIO, Linguistic and Research Services. Chris was previously the Director General of the Services for Business Branch and the Office of Consumer Affairs at Innovation, Science and Economic Development. The main focus of both offices was to offer services that are client-centric.

Chris previously came from the policy arm of the Acquisitions Branch at Public Services and Procurement Canada. Prior to joining the Acquisitions Policy Branch, Chris worked as Chief of Staff to the Deputy Minister and Departmental Assistant to the Minister of that same department. 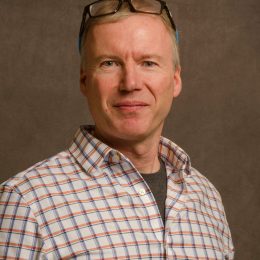 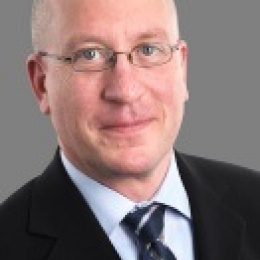 Paul Pierlot is Director Regulatory Accountability, Manitoba Finance, the Government of Manitoba's newest Special Operating Agency, which provides an integrated suite of services for businesses and entrepreneurs. He is responsible for service innovation and development, regulatory analysis and red tape reduction, partnership development, BizPaL and other online services, and administration of the Business Number in Manitoba.

In addition to his role as a member of the Public Sector Service Delivery Council and Co-Chair of the Service to Business Community of Practice, Paul is a member of the Standards Council of Canada (SCC) Board and Vice Chair of the SCC Provincial-Territorial Advisory Committee. He also represents Manitoba on several other inter-jurisdictional committees, including the FPT Committee on Regulatory Governance and Reform, and the National BizPaL Steering Committee.

Prior to his current position, Paul was Senior Project Manager with the Secretariat to the Community and Economic Development Committee (CEDC) of Cabinet where he was responsible for economic strategy, investment attraction and industry development. Prior to moving to CEDC he was Senior Analyst with the Treasury Board Secretariat of Manitoba. Before coming to Manitoba, Paul held Senior Advisor positions with Justice Canada and the Telecommunications Policy Branch of Industry Canada in Ottawa, Ontario. He began his career with the Government of Canada as an Economist with the ICT Industry Development Branch of Industry Canada. 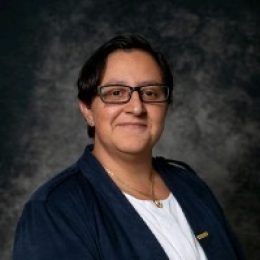 Adriana is currently the Executive Director for Service Delivery at Service BC. She is responsible for the 65 service centres in British Columbia, which provide front line support for many of the hundreds of programs and services the provincial government offers to residents, businesses, and visitors. Throughout her career in the private and public sector, she has built strong and diverse experience in service delivery, operational excellence, change management, effective leadership, and innovation; she is a visionary, an innovator, a true servant leader, and a champion for her teams and the communities she serves. Some of her experience includes:

Adriana has a Bachelor's Degree in Finance and International Business. 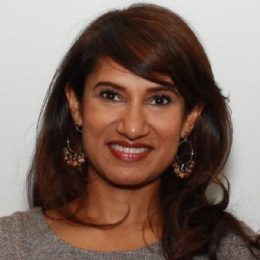 Vidya is passionately focused on improving and innovating policy and service delivery for Canadians with a vision of designing and implementing simpler, faster, seamless government services.

Vidya is currently Director General, Digital Government at Innovation Science and Economic Development (ISED) where she is leading Digital Policy and Service to innovate and transform service delivery to Canadian Businesses.

Previously, Vidya worked at Employment and Social Development (ESDC), where she led the digital delivery of social and employment benefit services to Canadians. She has also worked at the Treasury Board of Canada Secretariat, Global Affairs Canada, Passport Canada and Nortel Networks.

Vidya holds a Masters degree in Design and Technology from Carleton University.

In her spare time, Vidya practises yoga and meditation and is a champion for mental health and well-being. 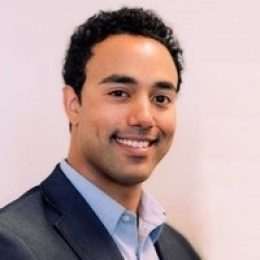 Executive Director of Digital Change, Treasury Board of Canada Secretariat / Government of Canada

Denis Skinner, Executive Director of Digital Change at the Treasury Board of Canada Secretariat, holds a Bachelor of Engineering, as well as a Master’s in Business Administration. An experienced digital systems professional and entrepreneur, Denis has successfully led a number of high profile initiatives and major crown projects, including those for key Government of Canada departments such as the Public Health Agency of Canada, Citizenship and Immigration Canada and the Public Service Commission, where he was the Chief Information Officer. Joining us from Employment and Social Development Canada, Denis led the department’s IT Strategy and Enterprise Architecture in support the department’s transformation in its service to Canadians. Denis now brings his strong and disruptive leadership to TBS, leveraging his experience and strength in community building and progressive change. 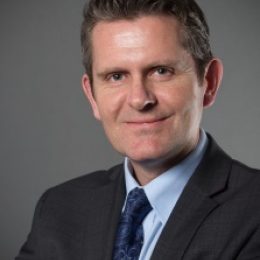 Nicholas Wise is the Chief Information Officer of Public Safety Canada. Prior to his current position, Nicholas was Executive Director for the Service and GC2.0 Policyand Community Enablement Division within the Chief Information Officer Branchat TBS. Through policy development, research and analysis he and his team arefocused on: enabling an enterprise approach to service, particularly from adigital government perspective, and strong service practices in order tosustain GC excellence in serving individuals and businesses; providingdirection to facilitate increased community collaboration through the use ofsocial media tools (e.g. GCconnex and GCPedia); and, elaborating a workforcedevelopment and talent management approach to support CIOs and the CIOorganization of the future.

He joined CIOB in 2014 from the Priorities and Planning Sectorat TBS where he served as Executive Director for Strategic Policy and Planning.He began his career at Employment and Skills Development Canada where hisresponsibilities ranged from policy development for a workplace skills strategyto international relations managing bilateral cooperation with China on humanresource development issues.

He has degrees from McGill and Concordia in Middle EasternStudies and Public Policy and Administration. 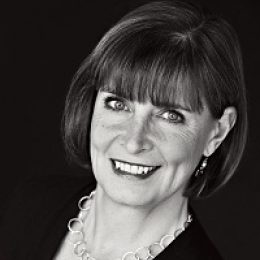 Sharon is an experienced public service executive with expertise in veterans' issues, service design and delivery, social media, human resources, public service management and sport. Sharon has worked at the Office of the Veterans Ombudsman, Treasury Board Secretariat, Privy Council Office and the Office of the Chief Human Resources Officer, and other organizations where she has developed federal government-wide programs and policies. Of note is her work to better deliver Government of Canada services to Canadians. As Deputy Veterans Ombudsman, Sharon has led initiatives focused on systemic issues affecting Veterans in Canada, overseeing the publication of numerous reviews and reports. She also recently introduced a business improvement initiative called LEAN to enhance front-line service delivery to Veterans. An innovator, Sharon strives to find leading-edge solutions and approaches to current and future issues. Sharon is an active volunteer, mother of two and a sports enthusiast.